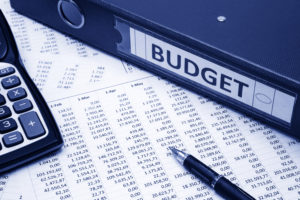 Q: We really need to set up and stick to a budget, but I’m having trouble getting my family on board. What can I do?

A: It’s not uncommon: She’s a saver; he’s a spendthrift – or vice versa. But no one – even spendthrifts – really doubt the value of saving money for a rainy day. At the same time, no one wants to feel controlled, and no one wants to be the one doing the controlling.

Getting family spending on track takes more than just one person. It needs the support and participation of the whole family. So kudos for trying to get everyone on board.

One idea: Get away from the term “budget.” The word often feels negative, say some experts. Others who have tried to stick with a budget and failed report they felt like the budget controlled them, rather than the other way around. To maximize your chances of success, try these tips:

1.) Call it a “spending plan” – and ask your spouse to help you create it. After all, he’s a lot more likely to adhere to a plan he helped develop than to one he feels was imposed upon him.

2.) Build in an occasional splurge. Just control it! Make it part of the plan. A movie, a dinner out, a weekend away – whatever it is. Some people blow it once and give up, thinking it’s hopeless. But if you plan for it, you will still stay on track.

3.) Save for a goal. Some people don’t want to save just to save. But if they know they are saving for something specific and worthwhile, such as a down payment or becoming debt-free, and see progress being made, they are more committed to making it happen.

4.) Get the kids involved. For example, tell them you’ll take them to their favorite restaurant, or a beach outing, once you reach a certain milestone. Track your progress on the refrigerator door, where the kids can see it. They won’t hesitate to remind you to stay on track!

5.) Try online tools, like Budget Tracker. But keep in mind that some people just do better with an old-fashioned paper system! Whatever works for you, do it. Don’t get hung up on a particular tool or system. Focus on your goals, not the gadgets!